Mendelson Kornblum, the comprehensive orthopedic practice within the Synergy Health Partners group, was founded in 1963 by Dr. Herbert Mendelson.  Originally a partnership, the practice was based in Livonia, Michigan, and eventually expanded east through St. John Macomb Hospital in Warren, Michigan.  Over time, the business expanded to include additional partners and physicians, as well as a wider service offering range.  By 2003, Herbert Mendelson’s three sons (David, Jeffrey, and Stephen) had joined the practice, and along with Dr. Martin Kornblum, they together currently own and manage the orthopedic practice.

Today, the orthopedic practice operates in a clinical facility in Warren, and in 2015 Mendelson Kornblum powered Synergy Health Partners opened a new, 40,000-square-foot facility in Livonia (of which half is subleased to St. Mary Mercy Hospital). Over the years, the practice has also broadened its service focus from exclusively extremity-based to additional areas such as spine and pain management. 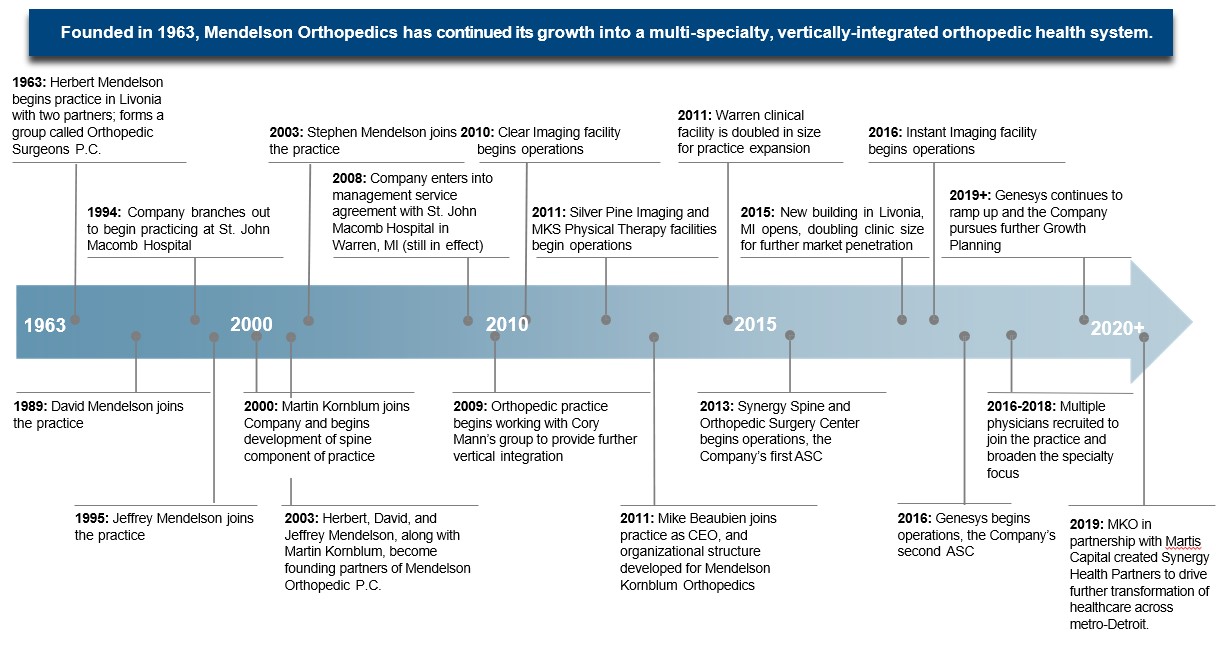